It’s been a lot of fun since we built the ramp. The best thing has been watching the progression of all the shop crew. Can’t wait to see what they’ll doing this year. We get asked almost daily if customers can ride the ramp. Unfortunately, we cannot afford the insurance to allow us to open it to the public. Sorry but it’s really just for the staff and crew and occasional shop promotion. Anyway, here’s a collection of shots from the last couple years of our crew and some friends.

The party’s over here.

Spose and his daughter Lily watch Rey Tapley during his “Nobody” music video shoot.

Rey Tapley’s got style and a big bag of tricks.

Cheyne Magnusson during the filming of our Who Is JOB episode. Photo Bruce Chrisner

Rey Tapley with another stylish air.

Sam Sayward getting after it as soon as the ramp is dry.

Sam Sayward during a Spring session with some leftover snow pack

Jimmy Dick airing it out

Allivia Lorusso showing up the boys.

I tried for so long to get this shot of Sam Sayward in this bike mirror. Sam skates the ramp almost every day and we seriously tried for months to get this one. Problem was we were shooting the far wall and the timing or composition was always just off. This day I noticed an angle on the near wall, pulled out my phone and bam got it after a couple tries. Oh yeah and Sam’s like 6’2 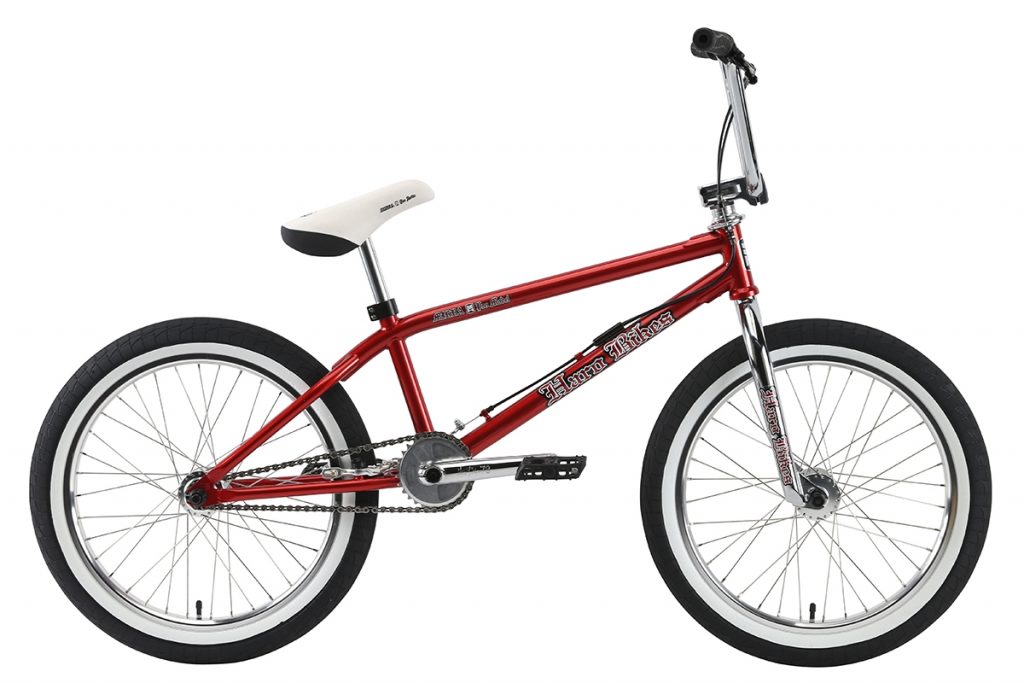 There are no two ways about it: Dave Mirra was the spark that revitalized Haro in the mid 1990s. Gone were the days of Bob Haro and Ron Wilkerson behind the brand’s direction — it was now Dave Mirra and Ryan Nyquist designing complete bikes that were affordable, high quality and available worldwide to a new legion of BMX fans. A few years later, the X Games hit, and suddenly, Dave Mirra’s signature Haro was on every TV screen of an ESPN subscriber, and demand for his signature bikes and components sky rocketed.

Mirra remained an esteemed member of the Haro team through the end of 2006, and then started his own brand, Mirraco, for the remainder of his BMX career. But the majority of Mirra’s accomplishments at the top of the sport were done on a signature Haro, and it’s where most of us remember him best.

Now, to honor Dave Mirra, Haro is releasing a 2017 tribute Dave Mirra bike, with a bulk of the sales proceeds going directly to the Mirra family. It is but one more way for BMX to continually honor the life, legacy and greatness of Dave Mirra, and all that he gave to his family, friends and BMX as a whole. And it’s proof positive that the memory of Dave Mirra will remain with all of us for a long time to come.

Get notified of shop sales, events, and more!